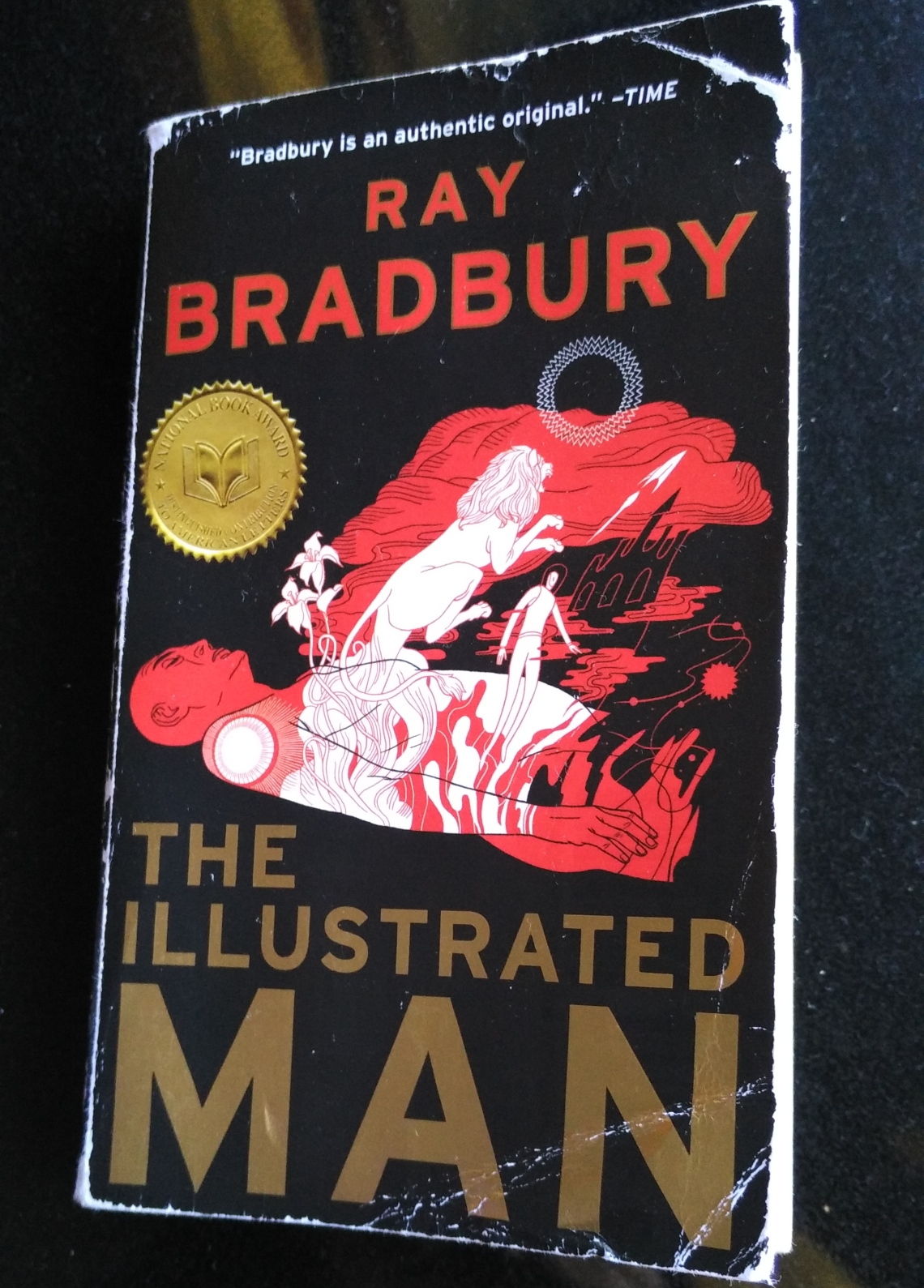 A man, inked all over, running from one place to the other to escape the horror of the stories on his body. That’s the Illustrated Man. One day, he saw a sign and decided to get a tattoo. The next day he looked like a man who had fallen into a ‘twenty-colour print press’ and was transformed into a walking treasure gallery. But these aren’t mere illustrations on his body, they come alive at night to tell tales to a willing audience. There’s only one glitch though, there’s a spot left on his body for the person watching – only these aren’t happy stories.

As expected with these 18 tales, Bradbury takes you to his beloved Mars, Venus, alien planets, in the minds of astronauts, their insecurities, familial pressures and the lure of space travel. But that’s not all, he also explores war, racism, God, revenge, clones and artificial intelligence (this was in 1951!). Each story is vivid, jarring and leaves you questioning things or gasping in horror but none more so than those involving kids, whose ideas we so easily dismiss as fantasies.

Imagine living in a house that does anything and everything that you want – it makes dinner, washes dishes and rocks you to sleep. A special nursery that transforms as per your kid’s imagination – from an African veldt with lions and vultures to Alice in Wonderland to Arabian Nights – telepathically changing as per their whims and fancies. But imaginations can run wild, especially when survival is threatened. And it’s not always that you can reach that off switch. Or get to meet that new friend your kid keeps talking about, Drill something. What is this new game ‘invasion’ that all the kids in the neighbourhood are playing? And not just in the neighbourhood but your nephew all the way in another state! Did your sister say he had a friend Drill too?

Forget kids. What would you do if you knew this was the last night of the world? If a quarantine was set on a different planet so as not to threaten the healthy ones? What if you could never see the New York skyline again? If a ruined city could plot revenge? If the sun played truant? These are just some of the questions you will encounter as you stare at the Illustrated Man but make sure you escape before he wakes up…

Ps:  The Long Rain seemed so real to me while I was stuck in Pondicherry during the Chennai Rains. It wasn’t that bad of course, but I couldn’t help thinking about the Sun dome.

Pps: Forgive the condition of the book, it too had to face the harsh rains. But it adds character, doesn’t it?